Because there is no new trial in an appeal, each party writes a brief that tells their side of the case. The written briefs are a very important part of an appeal.

A brief is an opportunity to explain to the Court of Appeal what your arguments are and why you are correct.

The opening brief presents the case for why the trial court made a legal mistake, and how that mistake impacted the decision.

It takes a lot of time, research, and effort to write an opening brief.

Who’s responsible? The person appealing the trial court’s decision – who is called the appellant – files the opening brief.

A copy of the opening brief should be served – or delivered – to all other parties in the case, the trial court, and the California Supreme Court before it is filed with the Court of Appeal. The appellant can request additional time to serve and file their opening brief.

How much does it cost? There is a $775 filing fee in the Court of Appeal. The appellant must pay this fee or apply for a fee waiver when they file a notice of appeal with the trial court.

Is there a court form? No. There is not a court form for the opening brief, but there are strict rules about the format and the contents.

What’s included? The opening brief contains basic information like the appellant’s name and case number. It also contains detailed information about the trial court case, from filing of the complaint to the court’s judgment. This includes procedural facts such as who sued whom and for what, motions filed in the trial court, and damages awarded. The opening brief also includes historical facts or evidence admitted in the trial court about what happened before there was a lawsuit. Every fact must be supported with a citation to the volume and page number in the appellate record where that fact can be found.

The heart of the opening brief identifies the legal issues, meaning the error made by the trial court, and shows how the mistake caused harm to the appellant. This argument must include legal authorities or precedents that apply to the case, such as case decisions, statutes, and rules of court.

Learn more about how to write an opening brief 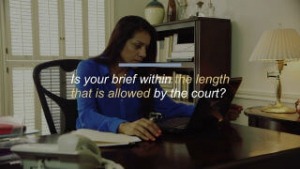 Vídeo: Preparing to File Your Brief, 5:09 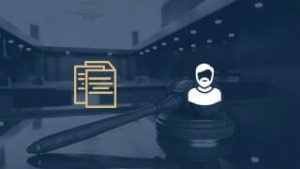